A video art installation in Chinatown.
Seven works are seen as massive projections on the sides of buildings, embedded in advertising screens and in RISING’s Golden Square art car park. 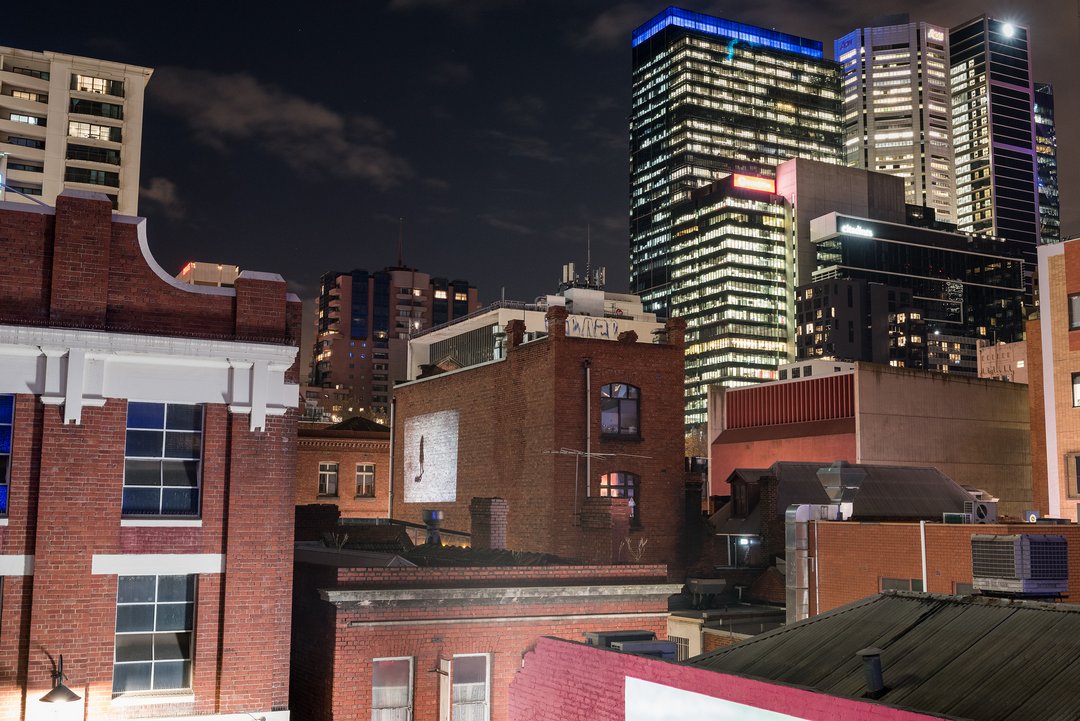 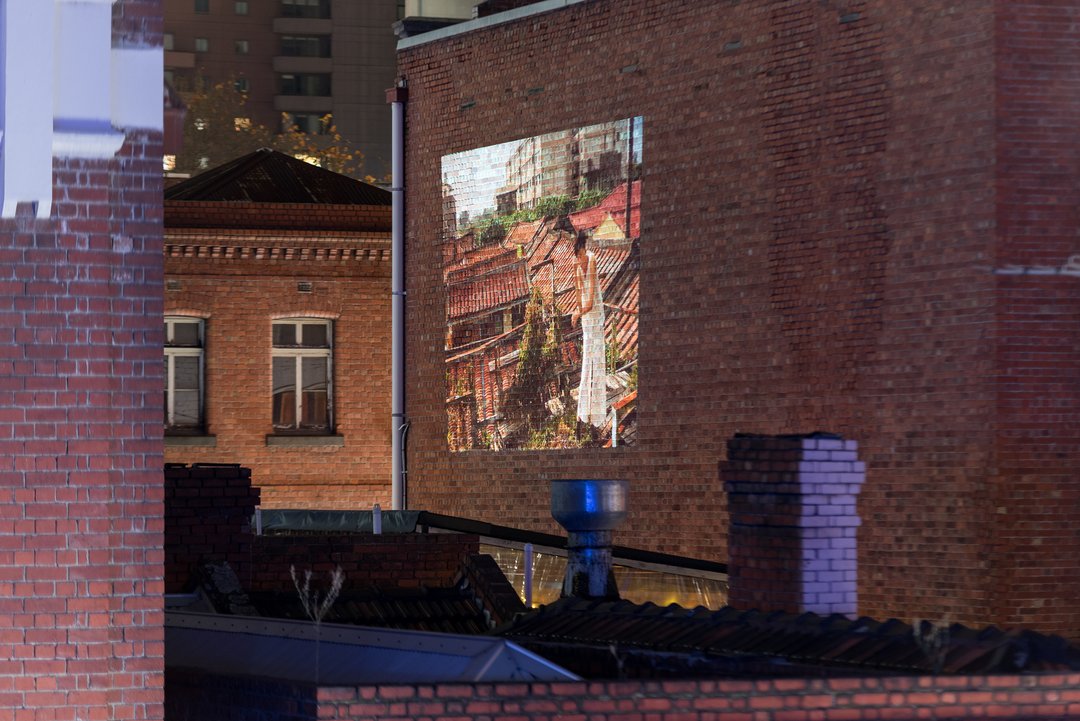 If a film needed an exotic
backdrop … Chinatown
could be made to represent
itself or any other
Chinatown in the world.
Even today, it stands in
for the ambiguous Asian
anywhere.

This curatorial project is entitled ‘the hearts of the people are measured by the size of the land’. I read this line in a book Dictee by artist Theresa Hak Kyung Cha. She was quoting her mother, Hyung Soon Huo who was born as a first-generation Korean exile in Manchuria, China 1922. The family returned to South Korea during World War II before immigrating to the US, they moved to Hawaii before settling in San Francisco.

I started to think about this quote as considering many different subjects (or ‘hearts’) travelling through the same world (or ‘land’). Does a place constitute a subject? Can the ‘hearts of the people’ overcome measurements such as nationality and ethnicity, or are the hearts of those that are designated citizen status doomed to measure the length and width of a nation’s borders?

The quote is taken as a question or low-key provocation for a new project: rather than focusing on the artists’ ethnicity as a key explanation of their identities and works, the project follows different trajectories. How does a culture evolve differently through diasporic practices? What do people carry with them and what do they leave behind? Visually in this exhibition, this often takes the form of a body dancing and moving on a rooftop, a body standing at the ocean’s shoreline in Newfoundland, a body crawling through the chaotic traffic of Manila’s streets in the 1980s.

Together, the works begin to invert the quote: the people’s spirit, their individual histories, burdens, stories, cannot be measured by a subject’s affiliation with a nation state, by their citizenship. Like Cha, the presenting artists have a broad range of cultural associations and backgrounds, coming from Taiwan, The Philippines, China, Malaysia, Hong Kong, Australia, Vietnam, the US, speaking just as many if not more languages and dialects. Moving countries, these artists have settled on First People’s land.

Indeed, trade relationships between Chinese people and Aboriginal Australian people pre-date colonisation, yet since the Gold Rush of the 1850-1890’s, ‘Australia’ has enacted prohibitive bans on Asian people, particularly with the Victorian legislation of the Chinese Immigration Act as early as 1855 that imposed crippling taxes on Chinese immigrants enabling public-sanctioned racism & social segregation. These attitudes have left a mark, evident in public attitudes and economic relations today, evidenced by the loss of business to one of the world’s oldest Chinatowns, from the time of the first outbreak of the COVID pandemic in Wuhan China (long before other businesses in Melbourne were affected).

This exhibition continues online as a kind of extensive footnote, where viewers can access the parts of artworks that do not sit physically in Lt. Bourke st, but offer insight into it, such as Jinghua Qian’s podcast on the history of Melbourne’s Chinatown. Also presented online are sound and image components of video works by Nikki Lam, Siying Zhou and Rox Lee. The website changes at the end date of the physical exhibition to revert to a documentation format.

This project takes place on the lands and waters of the the Wurundjeri and Boon wurrung people, those involved in the project pay their respects to Elders past, present and emerging of the Kulin nations. I pay my respects to the Tasmanian Aboriginal communities on whose land and waters I also live and work in nipaluna, lutruwita. I extend this respect to world Indigenous communities as the true custodians on whose land immigrants settle upon.

Jinghua Qian, Chinatown, 2021
In this podcast, Jinghua Qian offers a broken, bite-sized history of Chinatown and its role as the epicentre of a fractured and evolving community.

Invocation for a Wandering Lake (2016) 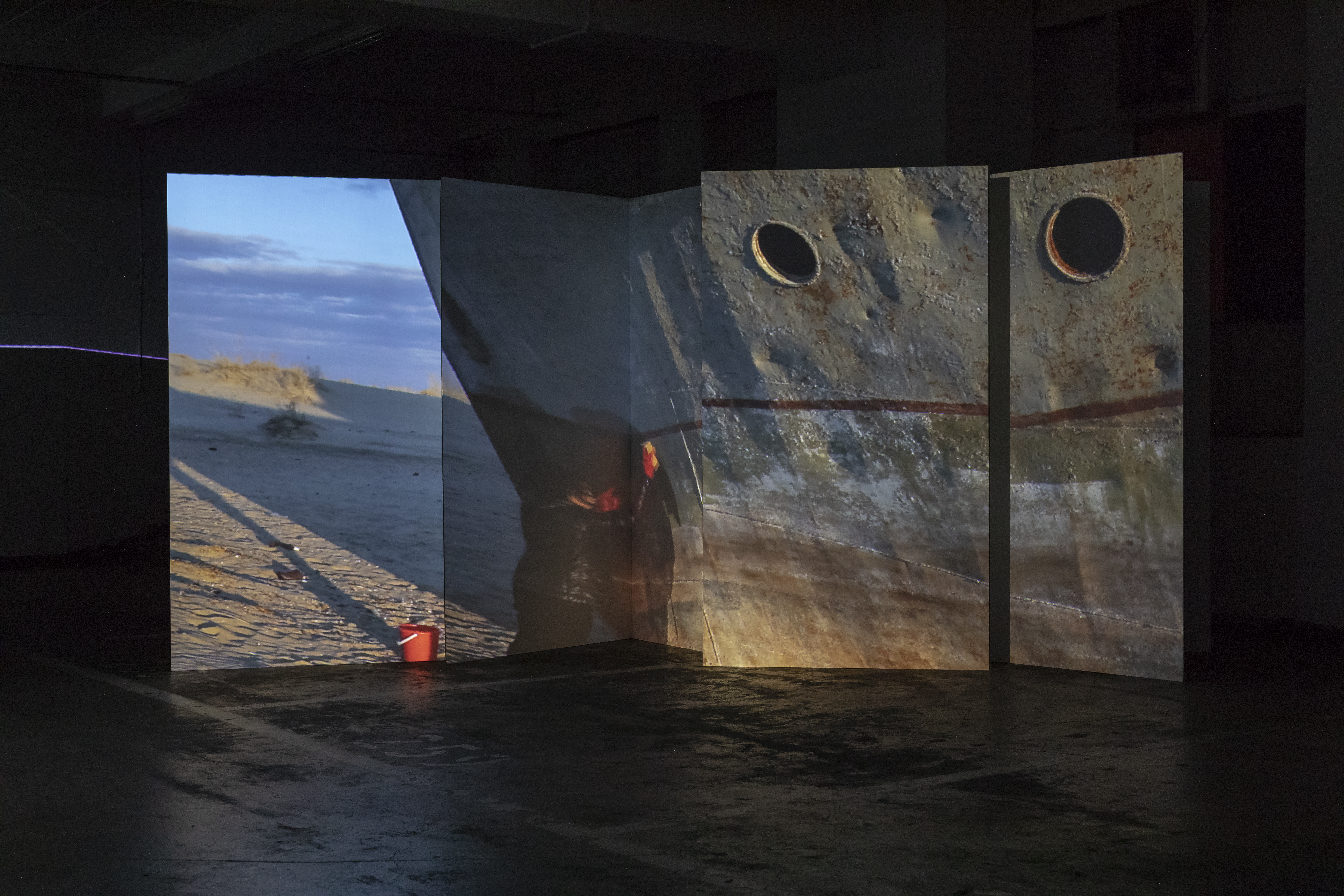 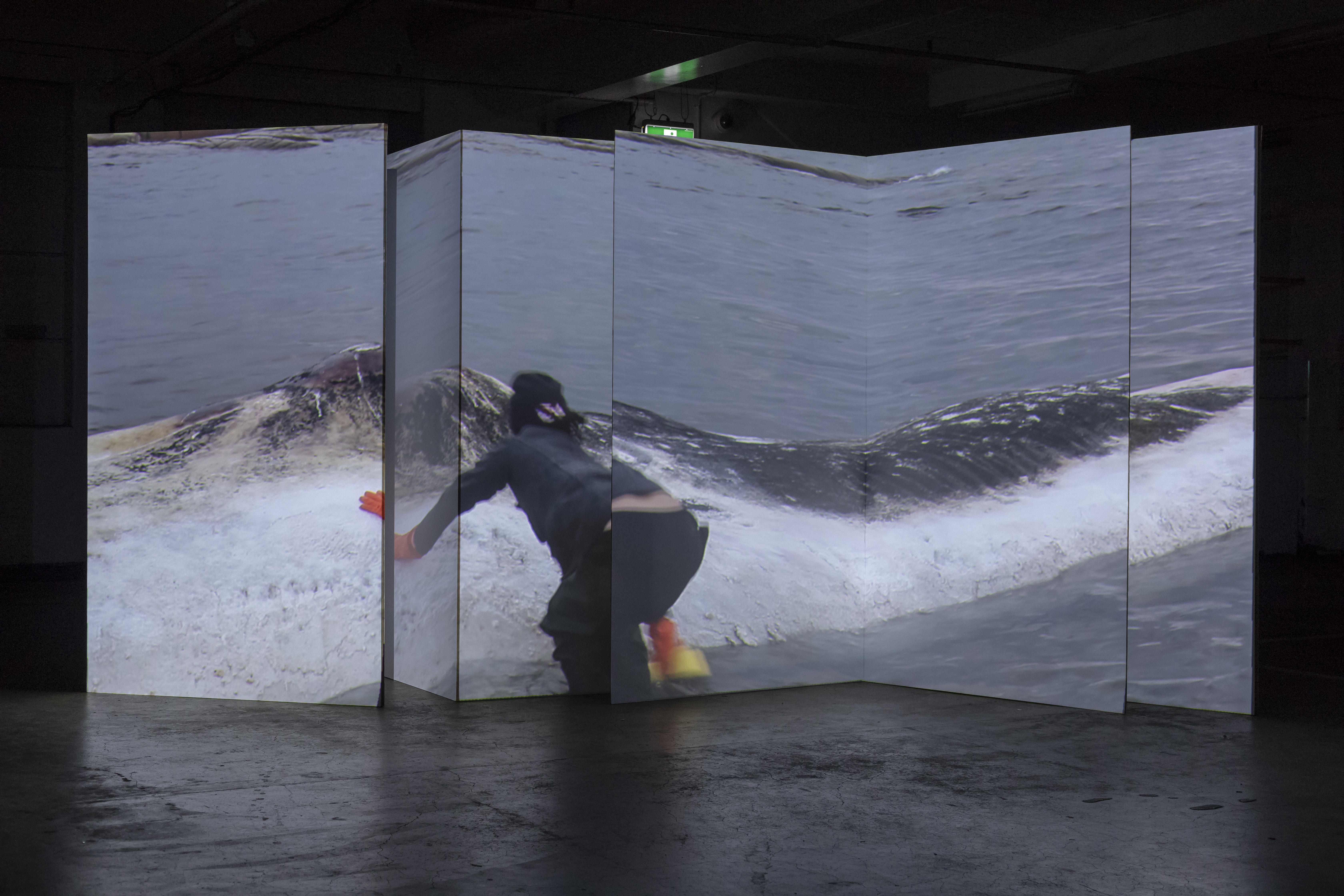 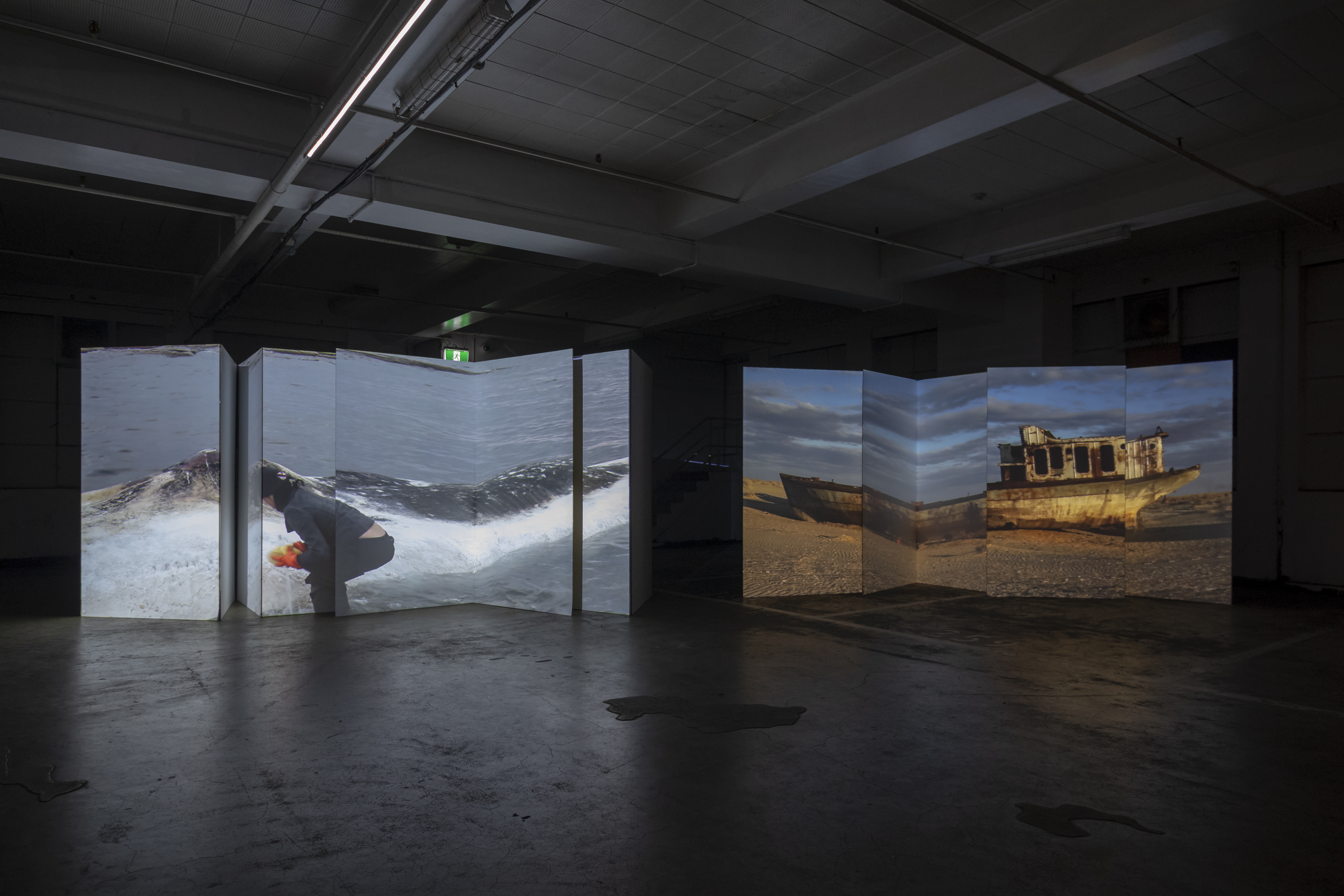 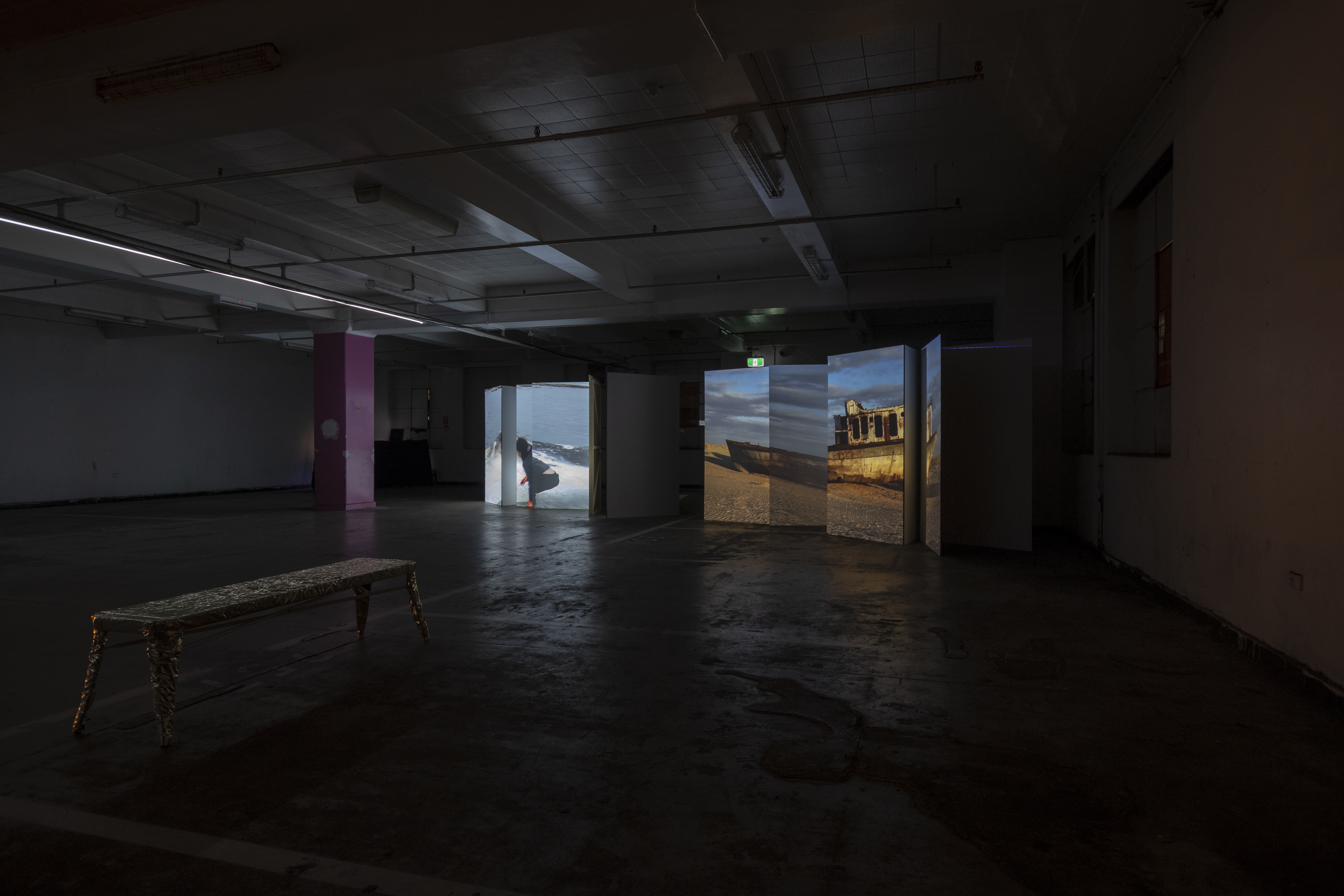 
This video installation played in the 2021 and 2022 Golden Square program, more information can be found here.


A whale’s lifeless body floats off the coast of Newfoundland’s Fogo Islands. And in Muynak, Uzbekistan, the shell of an abandoned ship rests in the dessert left behind by the receded Aral Sea. With meditative attention, across two screens, artist Patty Chang bathes the whale’s body and scrubs the ship’s hull. By performing these rituals of care to the non-human entities, Chang purifies their bodies for the next stage of their life cycles. 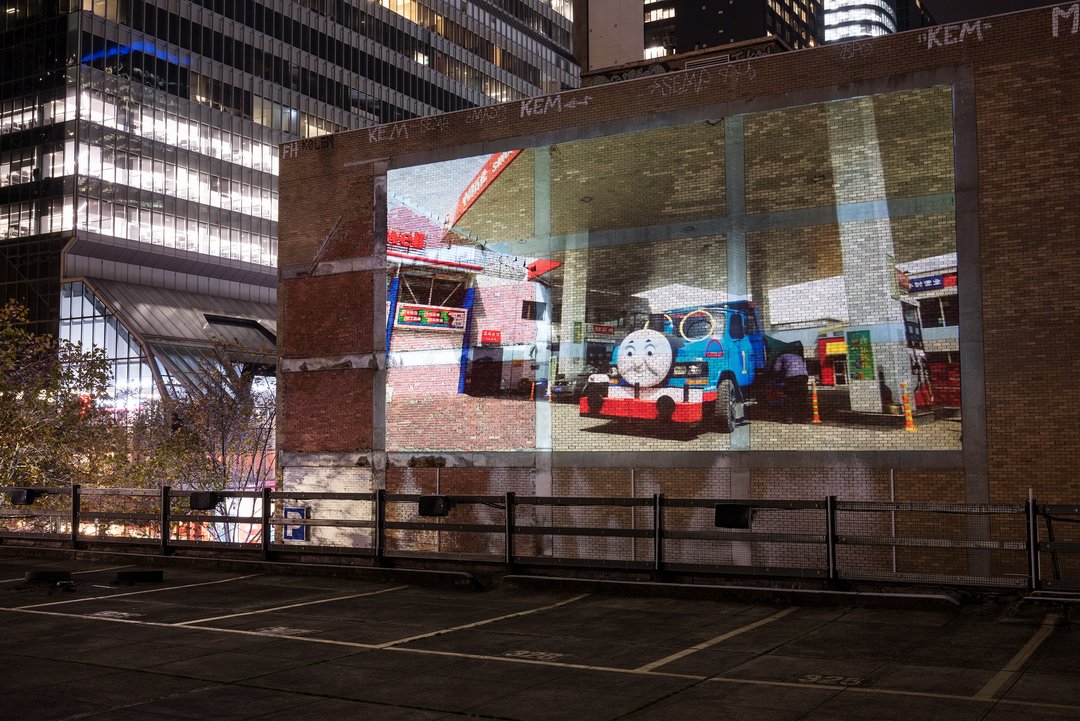 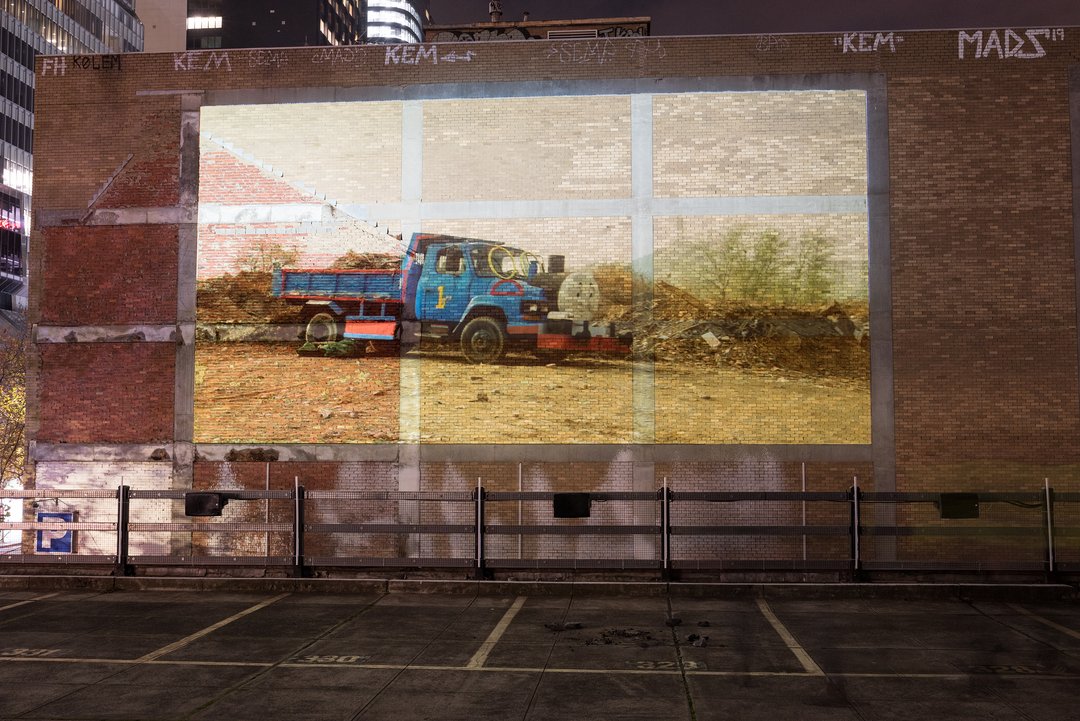 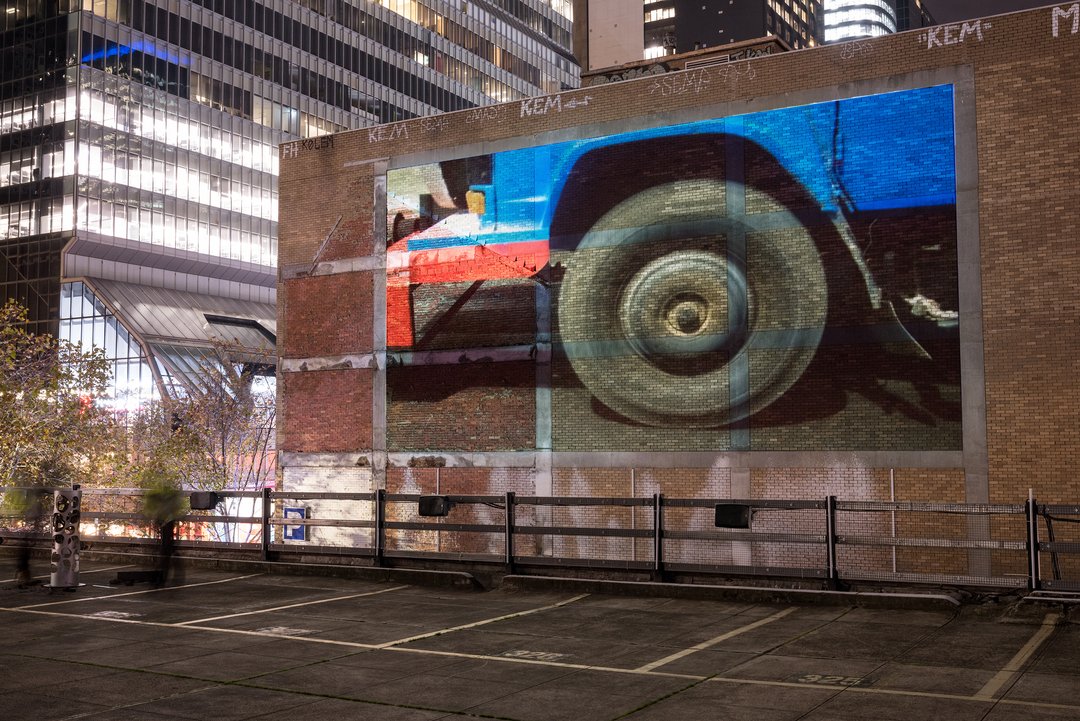 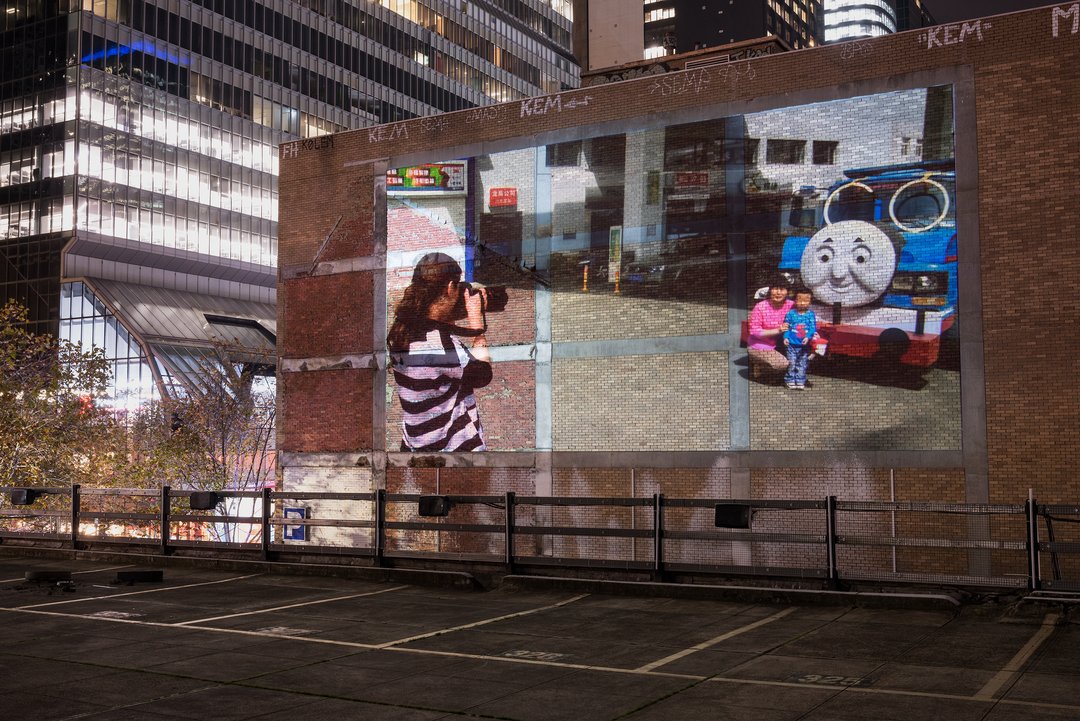 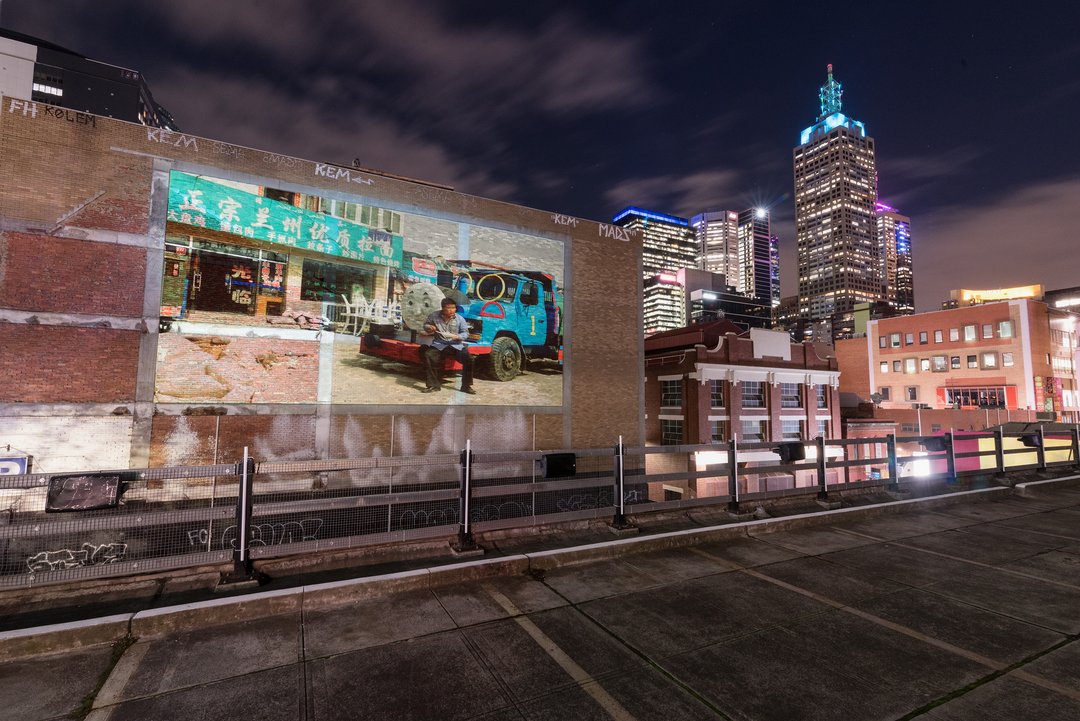 The video East Wind documents the journey of a blue east wind brand truck wearing the face of Thomas the Tank Engine of BBC animated film as it travels around Beijing city: it started from a construction site, passed by kinds of different landscapes which shows big changes of the urbanization process, it asked directions, gassed itself, had a rest, then arrived the dusty junkyard in north-west countryside, “the burial grounds of the recent past.” It was working, was getting some surprise eyes and different stories as well. 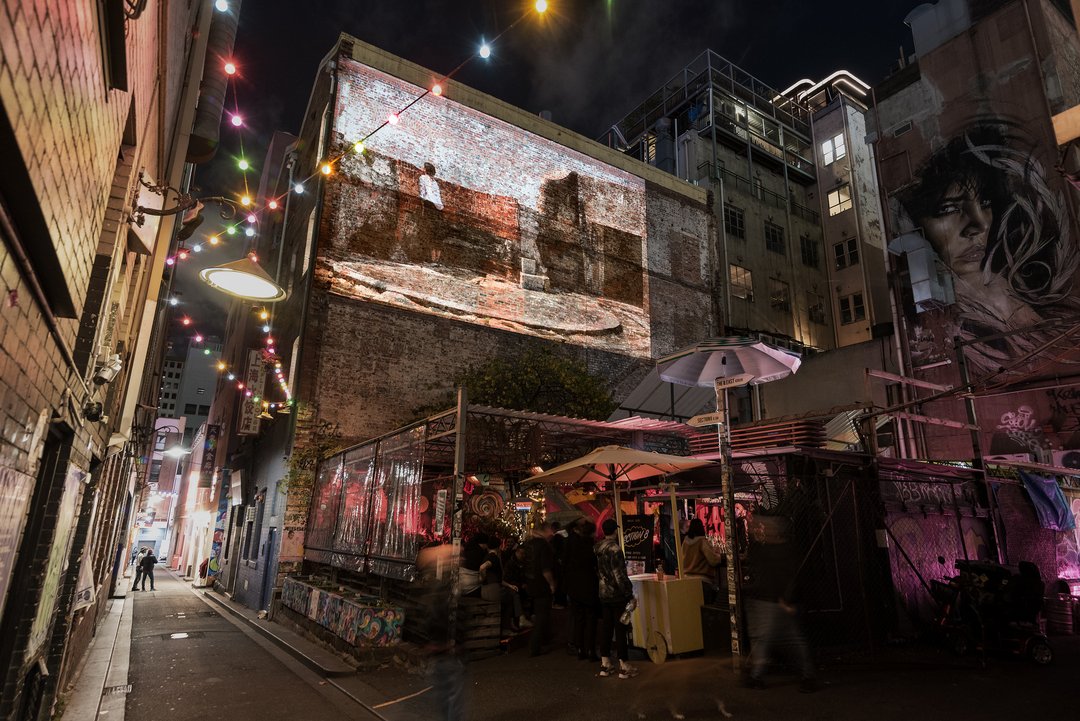 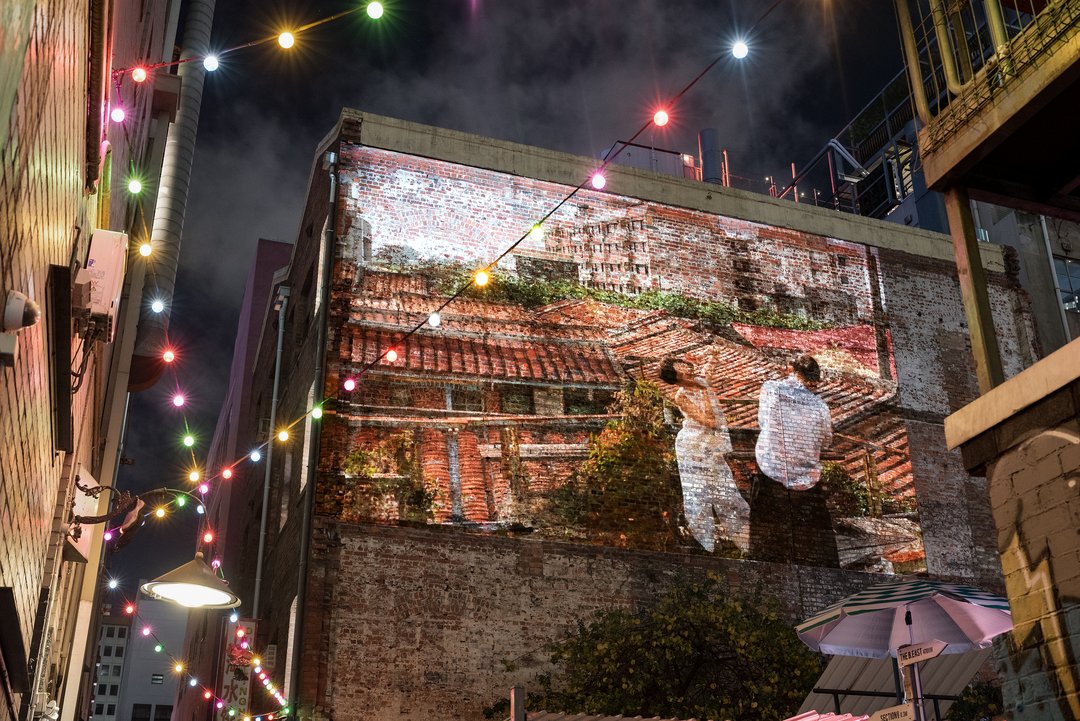 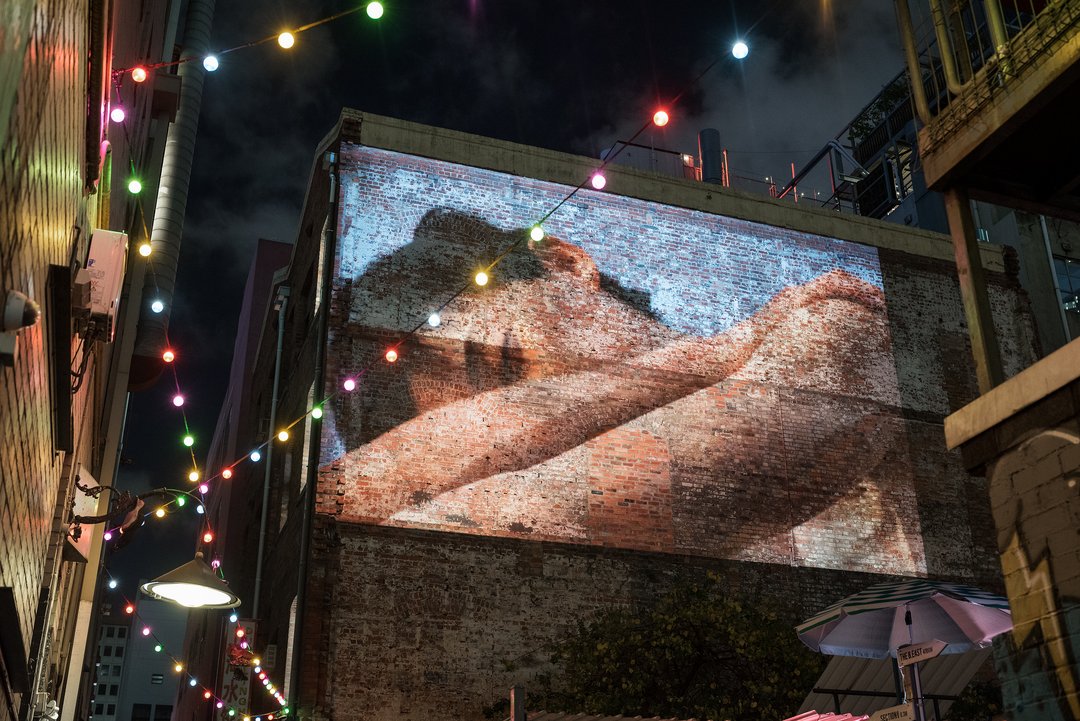 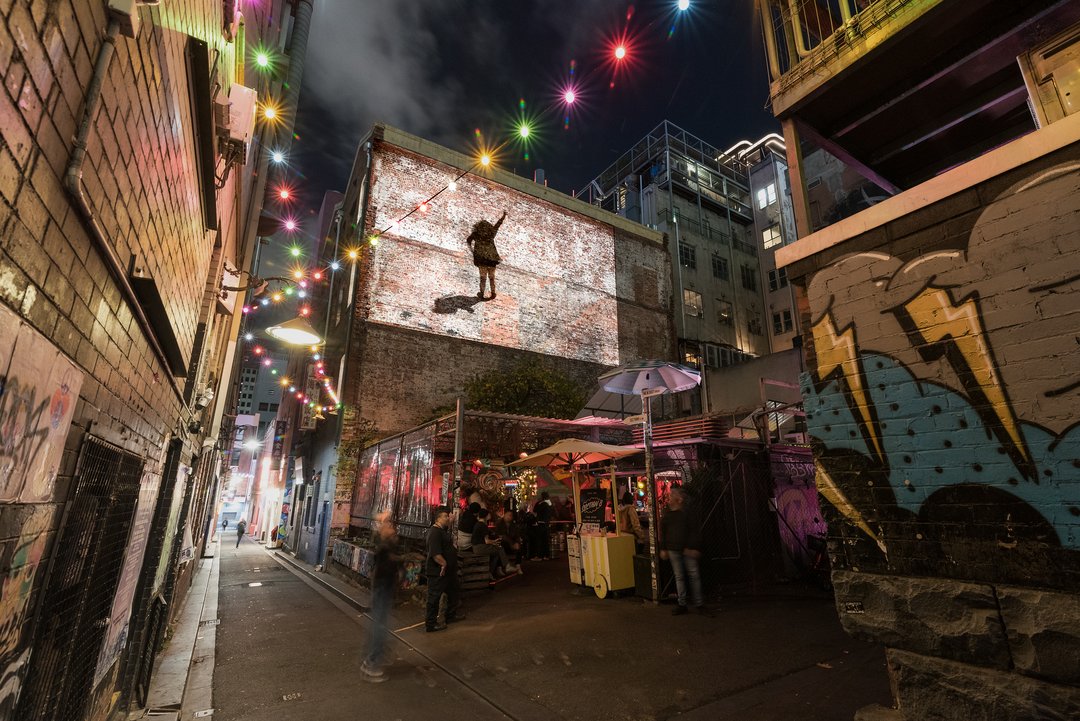 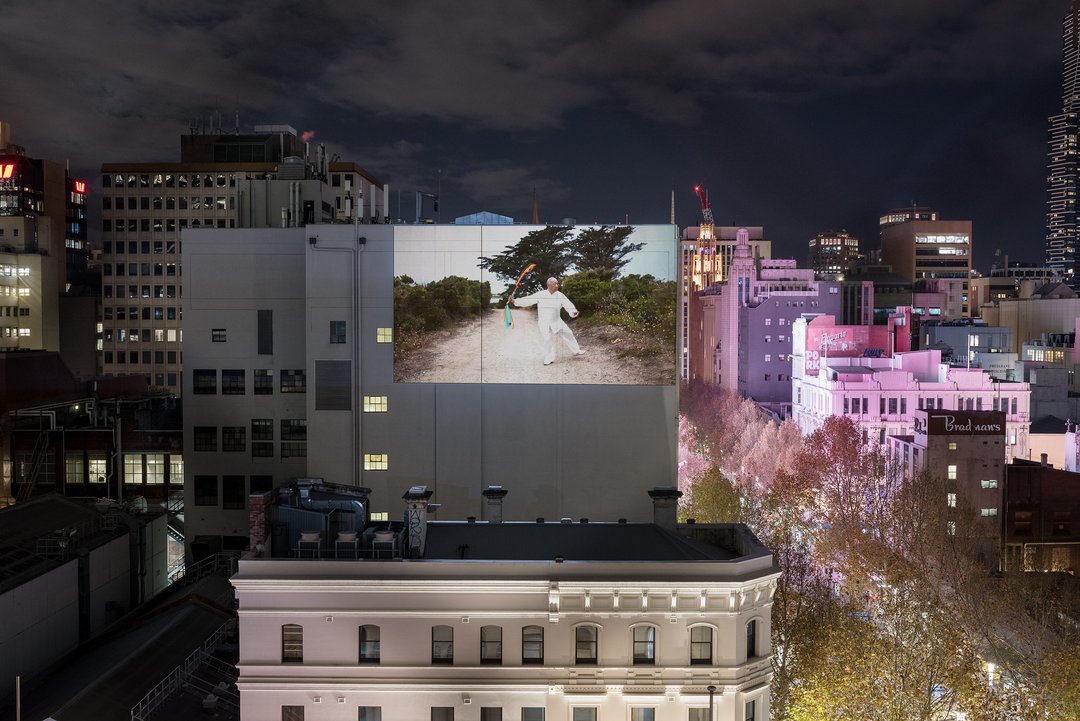 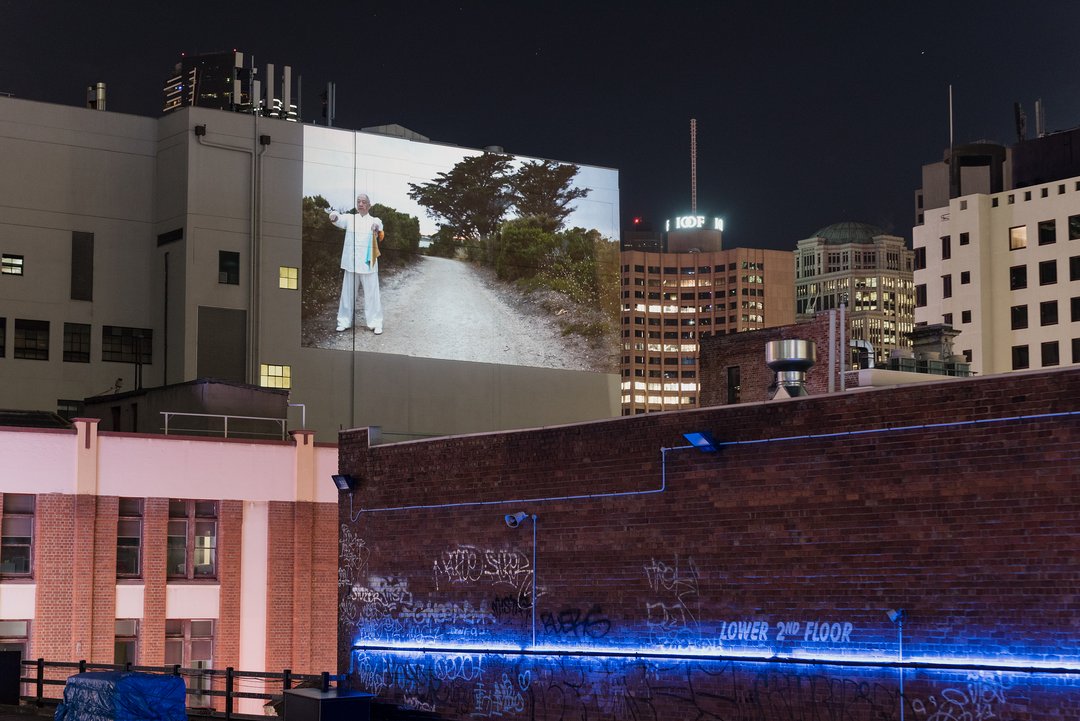 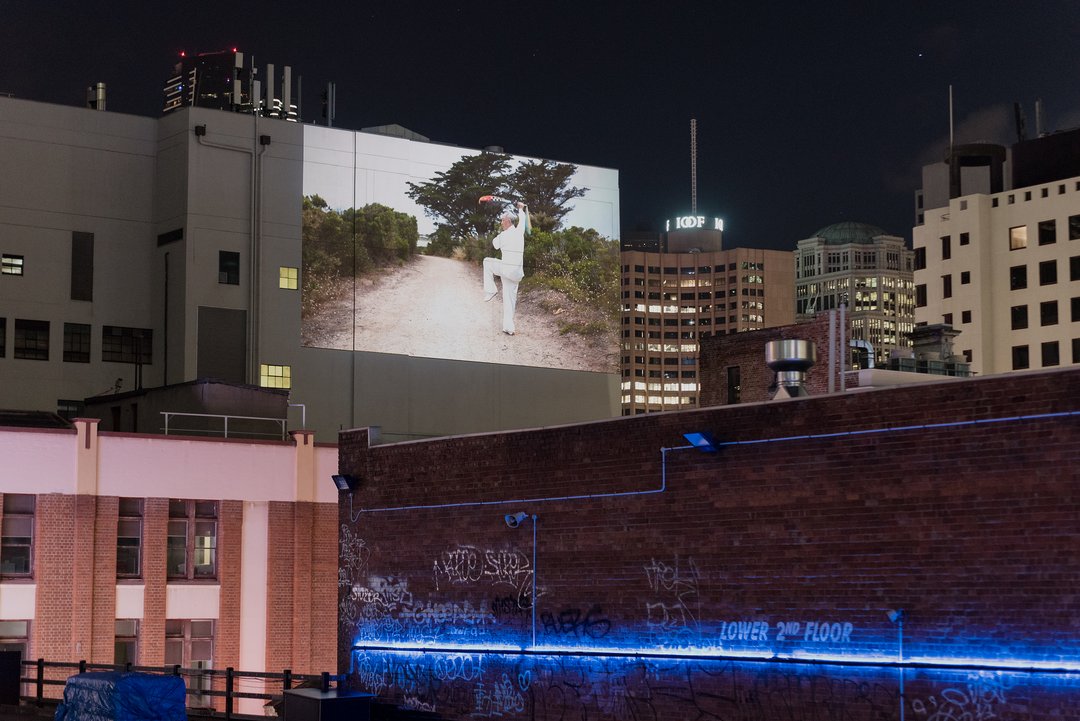 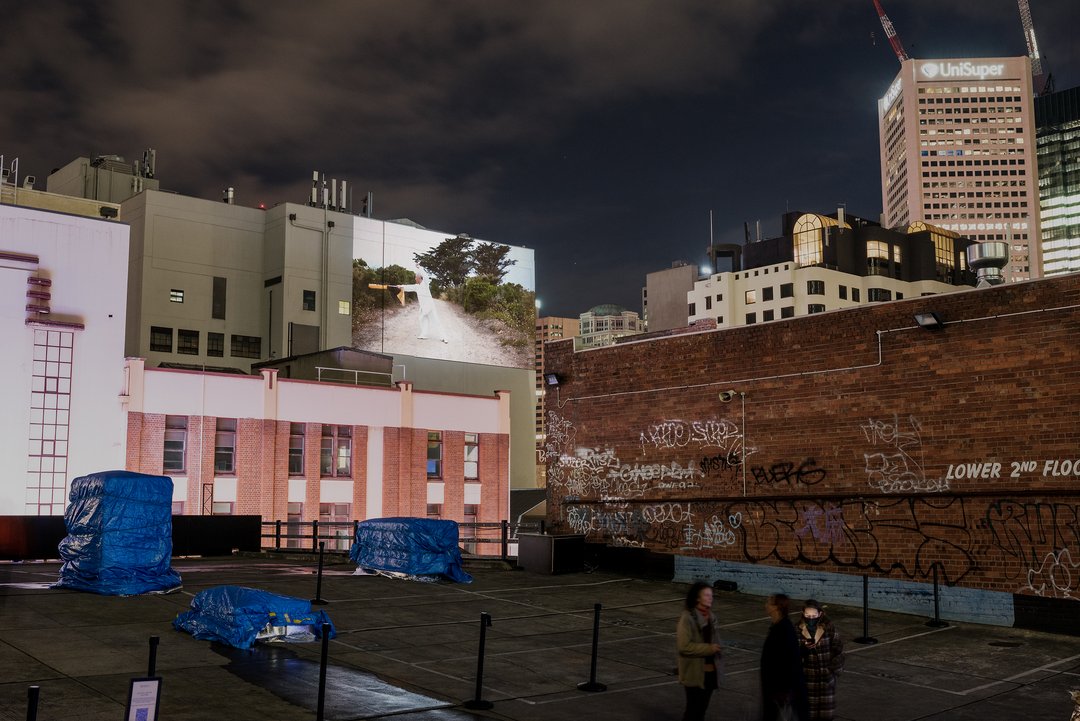 Single channel HD video. This video played without sound in the Rising Festival.

TaiChi shows the images of an aged Chinese man (the artist’s father) performing TaiChi sword exercise with a machete in an open space at Robe, South Australia, the land of Boonadik nation. The machete is wrapped in a cover made of the stubby cooler material. This video is the artist’s response to the incident that her father experienced at the time when he just arrived at Melbourne/Naarm as an immigrant. He innocently offended the Victorian law of carrying weapons in the public space when he did his routine morning TaiChi exercise with a TaiChi sword at a community park. By signifying the contradictions, the soft and the sharp, an exercise and attach, danger and safety, and the local and the foreign, this work questions the meaning of true violence and explores the conflicts created by not only different perceptions of the ways of living, but also everyday living and law enforcement. It foregrounds the dilemma of Australian Asian immigrants between the desire for acceptance from their new homeland and the bitter solutions to change and erase parts of themselves. By showing the location of Robe, the artist overlaps her father’s narrative with the well-known historical narrative about Robe: From 1857 to 1863, 16,500 Chinese people landed at Robe to avoid the high landing fee that the Victorian government imposed to all Chinese arrivals, and took a long journey on foot to the major goldfields in Victoria, such as Ballarat and Bendigo. In the video, the protagonists of two narratives, a modern Chinese immigrant and the Chinese who came in 200 years ago make a silent call to each other across the space of time as the TaiChi movements are unfolded. The exhaustion and the recalcitrant spirit that are attached with the identity of Chinese form a common ground between them on this colonized land called Australia, where they reside ‘now’.
-Siying Zhou

Acknowledgements:
This work initially was exhibited as part of the installation titled we are here for your happiness in the group exhibition Those Monuments Don’t Know Us curated by Andy Butler, shown at Bundoora Homestead Art Centre in 2019. It also was selected in Everything that exists in everything exists in the current curated by Nikki Lam in Due West arts festival 2019. Courtesy the Artist. 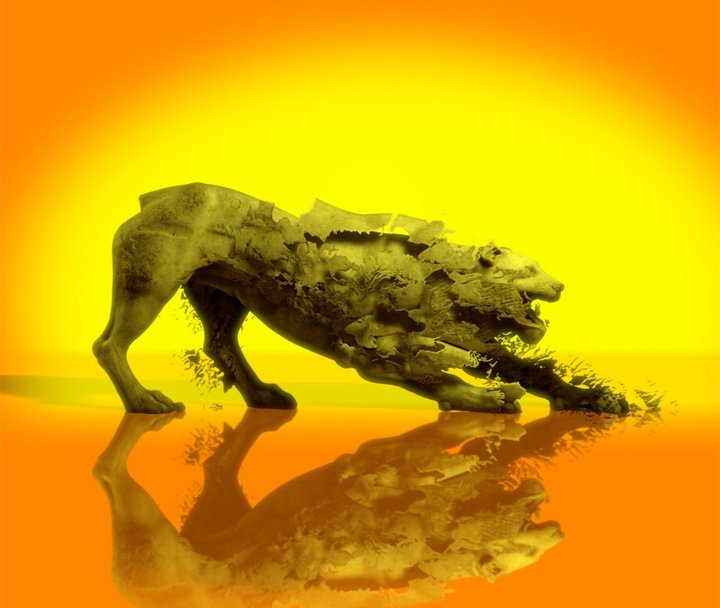 Objects from antiquity, alongside contemporary objects from Asian street markets, disintegrate and recombine, in an examination of their cultural, symbolic and material value. Jalleh builds immersive digital environments and virtual installations using his photography combined with hundreds of images resourced online. The blended aesthetic of video games, architectural design, and cinema creates densely detailed augmented-hyper-realities that resemble a combination of online and physical worlds.

Acknowledgments: This video is a new commission presented by Rising Festival. Courtesy the Artist. 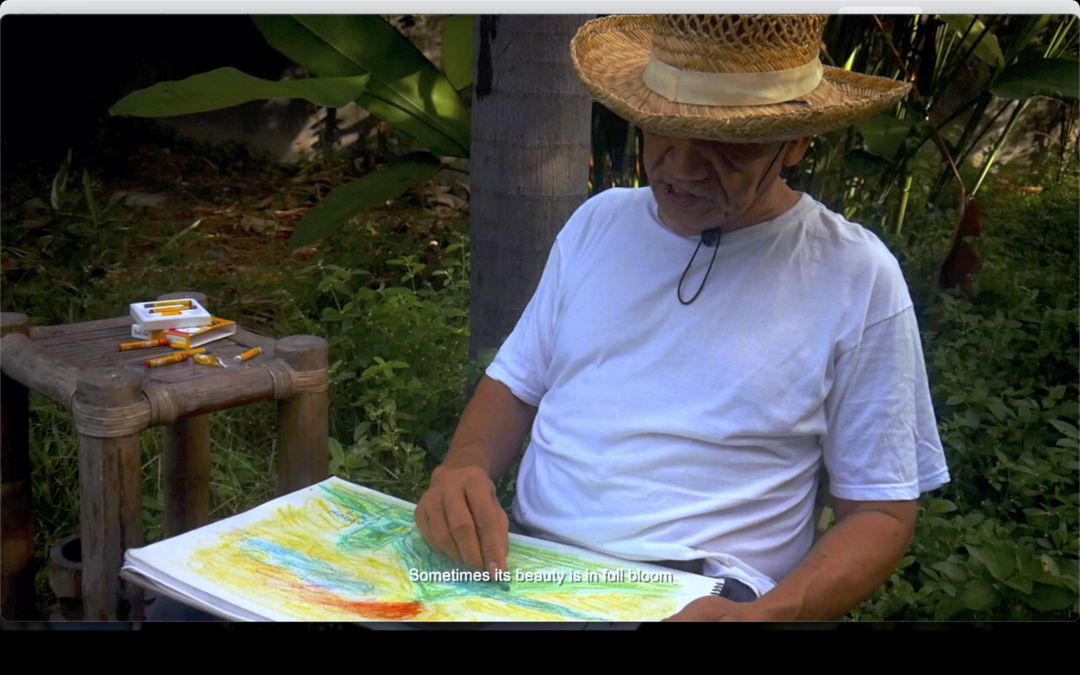 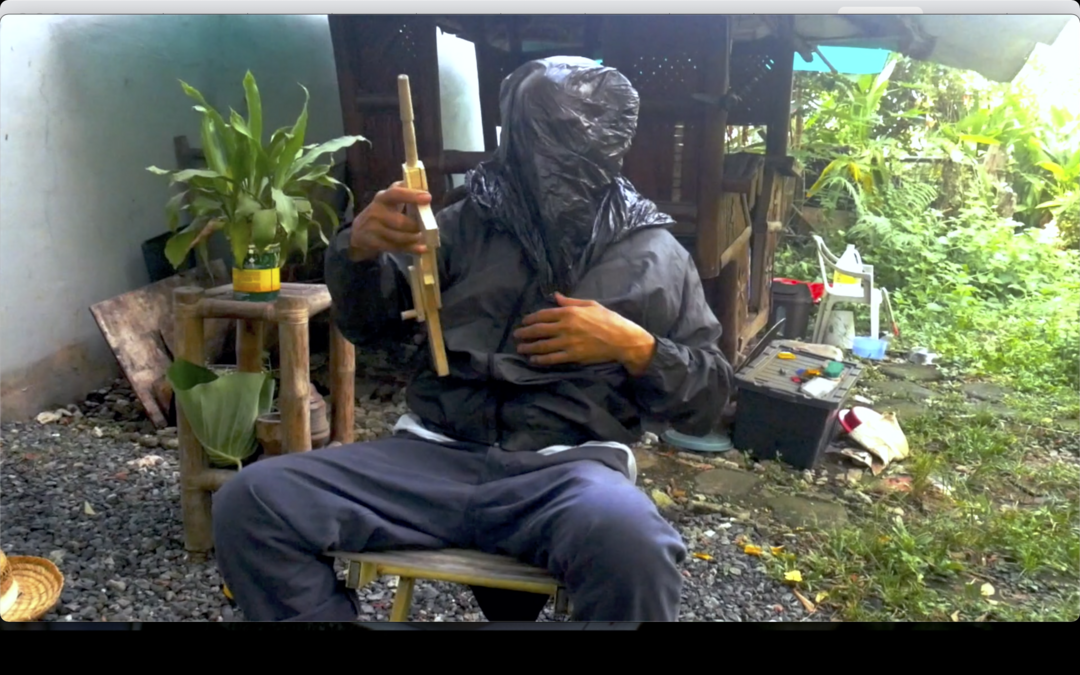 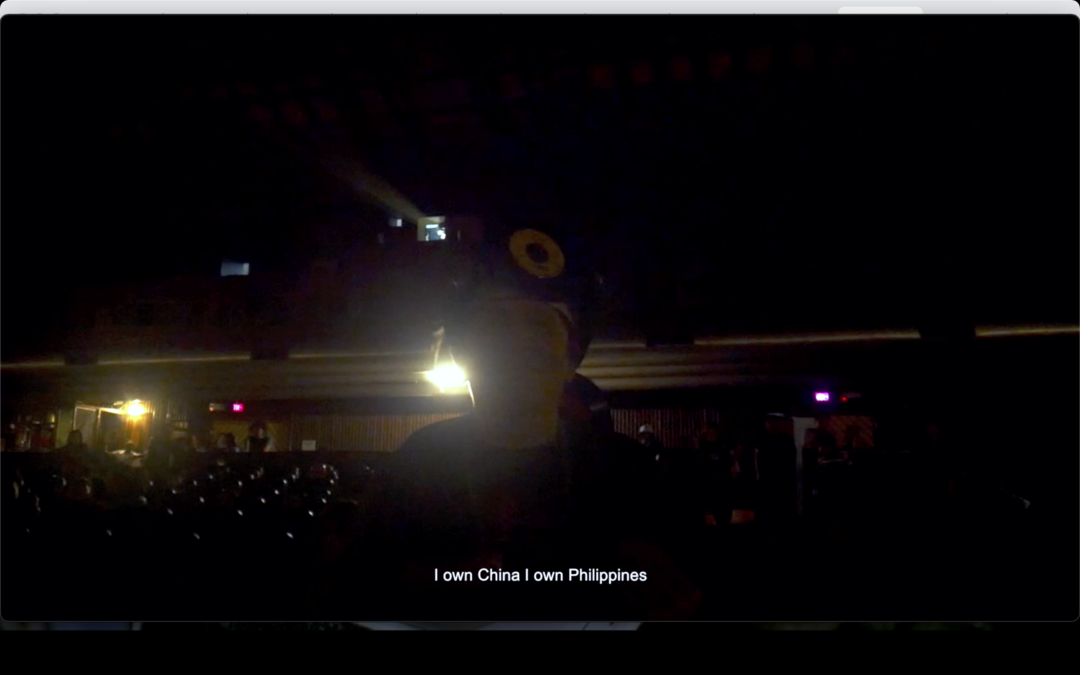 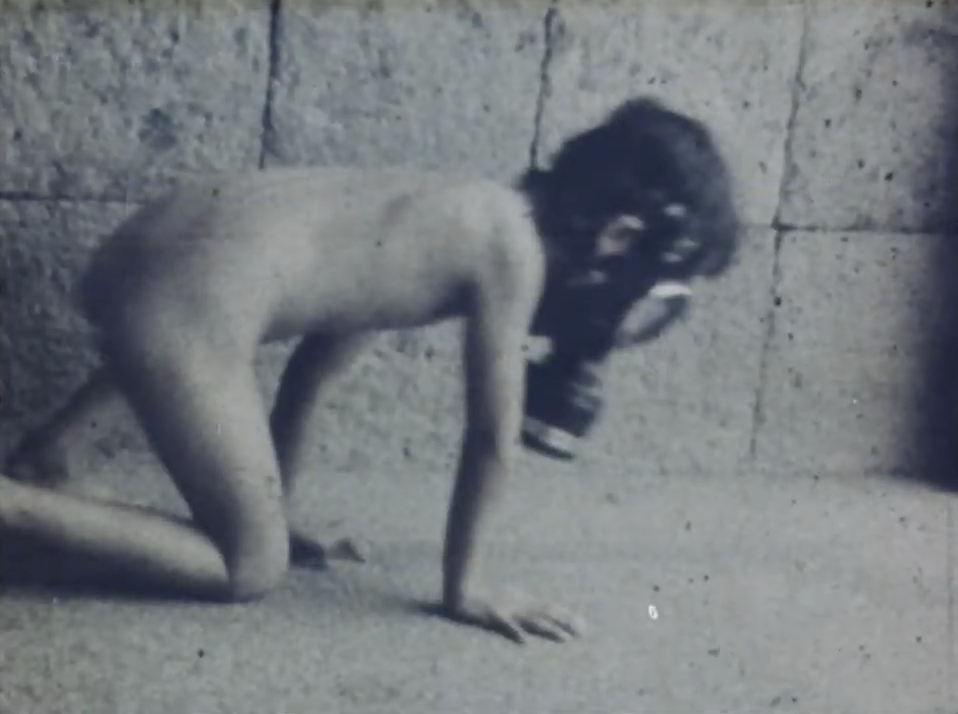 Acknowledgements: Transfer thanks to Arsenal – Institute for Film and Video Art, Berlin. Courtesy the Artist.

This online selection serves as footnote to Roxlee’s carpark installation. Environmental and social concerns run throughout Rox’s career, the stress just differs and alternates per work, with a particularly overt anti-nuclear stance in the 80s Cold War period. The Juan in the Juan series is not a singular character per se. Juan is a stand-in for every one, every John—lots of puns intended. The Juan characters as they appear throughout Rox’s body of work highlight different issues and moments in time. These two works are good samplers for Rox’s ever-mutable body of work. Rox’s tendency for re-working, (self-)sampling and recycling of works is not just an exercise in making the most within your economy of means, but perhaps also a jab at the uniqueness of the singular art object, a practice shared with other Filipino artists, such as filmmaker Kidlat Tahimik—reworking and sampling from your own life and filmmography throughout the years.
-Merv Espina, excerpt of email to Olivia Koh, 2021

Acknowledgments: This work had its Philippine premiere in 2020 in the Cinema Rehiyon held in Naga City (the birth place of the artist). “Juan Gulay” is a recurring figure in the artist’s practice. This video is a sequel to a 35mm film by the artist made in 2002, referenced in this work’s title. Courtesy the Artist.